The travelers know that approximate Sa Pa , the capital of tourism in northwestern Vietnam, for a few shacks that will see both sides of the road just before the village of Binh Lu .

For the first time, members of minority groups are neither shy nor indifferent to tourists or their cameras. On the contrary, now the metal jewelery and headgear are removed to sell them. Unlike the dao people near  Sa Pa , these women have very short hair, usually hidden under a black turban on which the headdress is placed, a kind of metal cap with a small crown in the shape of a box.

Sa Pa was founded by the French as a hill station, and it is obvious why it was rediscovered by western travelers in the mid-1990s and is now a thriving tourist resort . In the distance, clouds and mists glide between the blue crests. The terraces sown with rice descend sinuous on the slopes of the mountains. It’s like an alpine landscape mixed with Nepal but in Vietnam.

Best of all, it does not take more than 10 minutes to get out of the still small border town and find yourself wandering on a path in the middle of the field.

And the Fan Si Pan , which rises to the west of  Sa Pa  and with 3 143 meters of altitude, is the highest summit in Vietnam . It is essential to have a guide, although there is an open road.

The Fan Si Pan , in the natural reserve of Hoang Lien Son, is a good territory to observe birds and study rhododendrons. Although it is not an excursion that requires great technical knowledge, it takes at least four days if it rains or the fog is very dense. Perhaps the best time to visit the park is December, although it is cold.

Sa Pa  can be very unpleasant in winter, especially in January and February, with temperatures that fall below 0 ° C, frequent winds and sporadic snow blizzards. Recommended place on your trip to Vietnam.

The district of Moc Chau , west of Hanoi , and Hoa Binh  are a beautiful valley surrounded by low mountains and furrowed by an extensive irrigation network. The thriving villages of the muong and the white thai are scattered throughout the region .

The canals extend not only through flooded paddy fields and manioc fields, but also through villages where many houses, built on pillars, have their own fish pond. All in all, Moc Chau’s wealth comes from gold . Its unpaved roads are ideal for those who like to take walks; Walking through them, it is possible to meet some villager in a shallow stream provided with a primitive water pump with which the mud sucks, which is then sifted in search of gold nuggets. 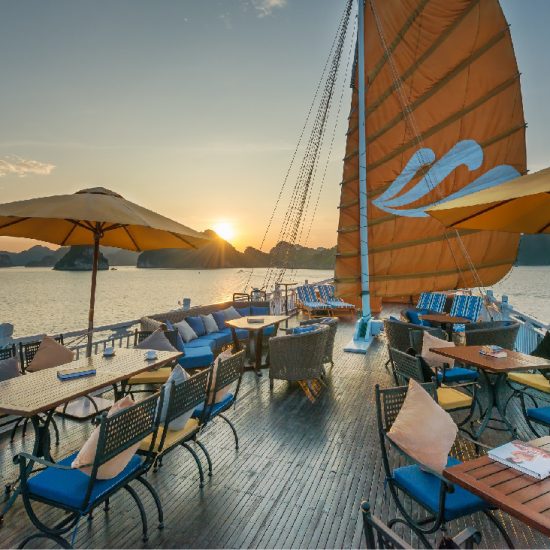 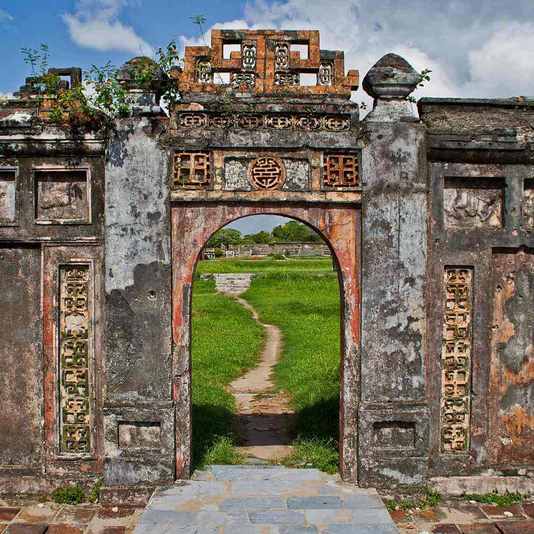 $320
The name speaks for itself. If you aim to leave your footprints at as many UNESCO's sites as possible, this is our signature tour for you.
13 Days
12+
Vietnam
Culture & history
Top ten 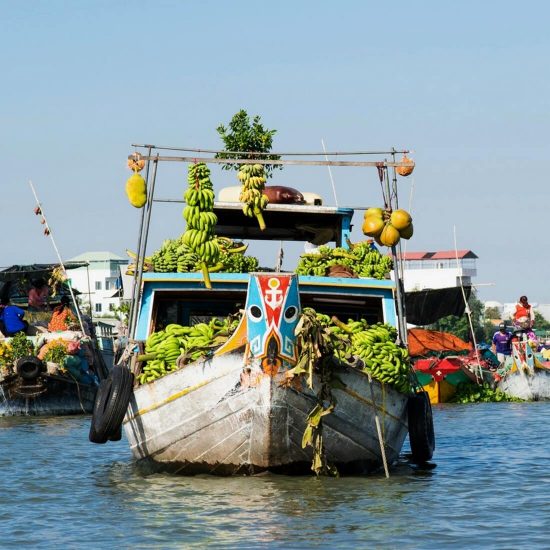 $54
A day venturing out in the Mekong Delta. Peddle on rural tracks through lush green orchards and take a very scenic ride through nypa shaded canals.
9 hours
2+
Vietnam
Day Trips