In Hue a dynastic citadel still stands despite the destruction caused by the Vietnam War.

Along the Perfume River, are the tombs of the ancient Nguyen emperors. Hue, is an important cultural, intellectual and historical center of Vietnam.

Ancient imperial city of the Nguyen kings, Hue is located 12 kilometers from the coast, on a narrow strip of land in the province of Thua Thien Hue, which borders Laos to the west. It is approximately halfway between Hanoi, to the north, and Ho Chi Minh, to the south.

Hue is about 700 km from Hanoi and 1,100 km from Ho Chi Minh City. The rapid train of Reunification, whose route is established between both cities, passes through this town; In addition, there are frequent flights and buses that connect cities.

It has a natural beauty on the banks of Song Huong, or the legendary Perfume River. Hue, was the capital of the country between 1802 and 1945, and for a long time was considered the main cultural, religious and educational center of the Vietnamese nation.

The remains of the immense fortified citadel, built by Emperor Gia Long in 1804, contains numerous attractions, such as the nine sacred canyons, the imperial precinct, the palace of Supreme Harmony and the rooms of the Mandarines. Unfortunately, the intriguing Forbidden Purple City was virtually destroyed during the Vietnam War.

About 15 km south of the town are the royal tombs of the Nguyen dynasty. Hue has numerous other enclaves of religious and dynastic importance, and also has several attractive museums.

Unesco considers the monuments of Hue, that is, the Citadel and the tombs of the emperors, a World Heritage Site.

There is a strange feeling of entering the past when crossing the river and entering the Citadel, which was the largest fortification built by the Vietnamese monarchy. The wall measured more than 10,000 meters. Ten doors opened access to this restricted world.

Built by Confucian kings, it was occupied by the French, bombed by the Americans and is currently in the process of being restored.

The imperial citadel was ordered to build the Nguyen monarchs that reigned at the beginning of the 19th century. The fortifications followed Vauhan’s French military engineering model, but the interior layout reveals Chinese architectural principles.

The citadel comprised three concentric walled cities: KinhThanh (Capital), Hoang Thanh (Imperial) and Can Thanh (Forbidden). The Imperial City was entered by the Ngo Mon (South Gate, erected in 1833), which gave access to the Thai Hoa (Palace of Supreme Peace, built in 1805) and Can Chanh (Palace of Heavenly Law), where Foreign envoys were received.

The hierarchical structure of this Confucian monarchy was thus clearly translated into the architectural disposition of the citadel . In 1884 he suffered a severe symbolic blow when the first Frenchman entered the Forbidden City. After the abdication in 1945 of the last sovereign, Bao Da , the citadel was at the mercy of the ravages of time and war.

In 1968, Hue remained in the hands of the North Vietnamese troops, with their flag waving at the top of the tower, for 25 days. In order to retake the city, the South Vietnamese aviation and the North American artillery bombed the Citadel , destroying it completely. The Tet Offensive, as it is known, was one of the bloodiest battles of the entire war. More than 10,000 people died and an important part of the cultural heritage of this country jumped to pieces. A true chapter of the Apocalypse. Tet, the Vietnamese New Year, a traditional moment of joy and good will, probably has a bitter connotation since then in Hue .

The tombs were built on the banks of the Perfume River, several kilometers away from the city upstream. The architecture of each of them expressed the politics and personality of the monarch.

Minb Mang (1820-1841), who was fascinated by Confucian administrative methods, had his tomb built in a Baroque Chinese style. It is perhaps the most serene, which best fulfills the purpose of seeking harmony with the surroundings. Although he had 78 children – four of them, according to the legend, conceived the same night – and 64 daughters, he is considered a sober and serious character. Its gardens are adorned with stelae and figures of mandarins, horses and stone elephants, ornamental doors, trees populated with birds and a quiet pond.

Tu Duc (1848-1883), whose burial is from the aesthetic point of view the most original, was known for his artistic and poetic temperament, qualities perhaps not very fortunate in times of an invasion.

The tomb of Tu Duc was also his summer pavilion, a group where he lived with his 100 wives and countless concubines dedicated to poetry, without creating any son or a remarkable poem. Tu Duc was the emperor who signed the treaty with the French that sealed the fate of Vietnam for a century.

The tomb of Kai Dinh (1916-1925) contains numerous drawings with motifs of clear Western influence, at a time when the sovereign was no more than a puppet of the French, with its mixture of Chinese lamps and French candelabra, it seems to represent the decline of Vietnamese classical culture.

The kings were not buried under the granite cenotaph, erected to proclaim their titles and deeds.

To prevent future dynasties from exhuming the bodies, the true burial sites were kept secret, and today they remain unknown.

The so-called Demilitarized Zone, or DMZ, is the territory where some of the bloodiest fighting of the Vietnam War was fought.

The DMZ extended 8 kilometers on both sides of Song Ben Hai, 100 kilometers north of Hué. It was the line of demarcation between North Vietnam and South Vietnam that had been established at the Geneva Conference after the end of the war against the French.

The border, which ran along the 17th parallel, divided Vietnam along this line until the two countries officially reunified in 1976 after the collapse of South Vietnam.

At present there are still some desolated areas scorched earth. The south of Ben Hai 9, heading west toward Highway Laos, passes through scenes of famous battles of the war in Vietnam.

In Vinh Moc, there are a series of tunnels where all the inhabitants of a village settled for several years to escape the constant bombings. For five years, from 1966 to 1971, some 300 people lived in this network of tunnels 2,000 meters long. Seventeen babies were born in the underground galleries. 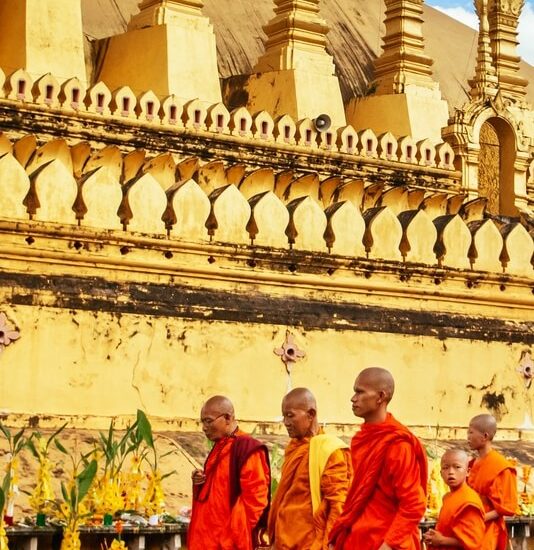 $640
Let's go on an exciting and comprehensive journey to Laos, Vietnam and Cambodia: myths and stories, breathtaking temples and untouched nature are waiting for us.
15 Days
2+
Vietnam
Culture & history 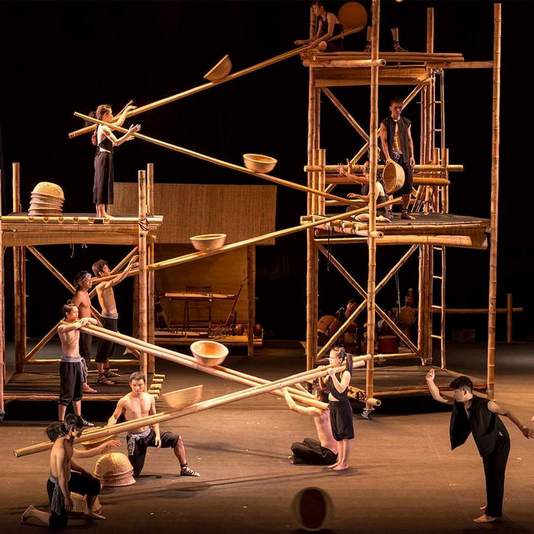 $87
A magical journey into the richness of Vietnamese culture, drifting through live music, theatrical visuals and stunning acts of athleticism and acrobatics.
4 hours
2+
Vietnam
Day Trips