Laos remains an unknown country for mass tourism. Surrounded by Thailand, Cambodia, Vietnam and China, it is a sparsely populated country, offering visitors a wide variety of stunning landscapes, and a great historical and cultural diversity.

This small country is still home to some 49 ethnic groups whose lifestyles have remained relatively unchanged for centuries. Crossed by the Mekong River, Laos is a very green land due to the abundance of mountains, forests and rivers.

The lack of foreign influence offers visitors an unprecedented view of the traditional life of this Asian country. Isolated from the outside world for two decades, in 1990 it opens its doors to tourism.

With a recent past full of revolutions, economic crises and clashes with neighboring countries, Laos achieved independence in 1953. Today the communist party maintains a monopoly of political power, with a good functioning of the economy, if intervening excessively in the everyday life of the people of Laos, as long as they do not challenge their domain.

The media is controlled by the state, but most of the country has free access to radio and television, and Thailand’s Internet network is available in most cities. The people of Laos have a lot of freedom when traveling.

THE CLIMATE IN LAOS

The best time to visit Laos is between November and February, when it rains least and the temperatures are not too high. In these months the most spectacular festivals of the country are also celebrated. From March to May, daytime temperatures can rise to 40 degrees and the nights are not much cooler.

The Lao is the official language of Laos. The majority of the ethnic groups of the country have their own dialects, and they collect the Lao as a second language, essential to communicate with the rest of the groups.

French is spoken, although only by people of high society. English is the language in which most merchants communicate with tourists.

About 70% of the population of Laos practices Theravada Buddhism (which defends the control of human passions), a religion that developed towards the 17th century. Religion has a strong influence on culture and everyday life. Most towns and cities have at least one temple, which is the main center for social and recreational activities, as well as religious ceremonies.

The official currency of Laos is the Laotian Kip (LAK), although all commercial transactions are made with three different currencies: the kip, the Thai baht and the dollar. In large cities and major tourist centers, Thai dollars and bath are widely accepted in hotels, restaurants and shops.

In smaller cities and towns transactions are usually done in kip. Normally, the price of the usual daily products is established in kip, while the more expensive services such as excursions or rental of means of transport are established in dollars.

ATMs are not very widespread and can only be found in the capital, Vientiane. 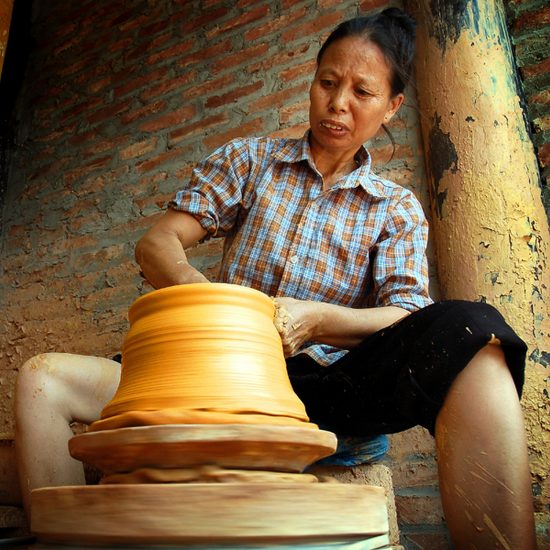 $36
Venture out into the Red River Delta and explore some medieval villages around Hanoi. Discover the centuries-old crafts and productions and marvel at the arts.
4 hours
2+
Vietnam
Day Trips 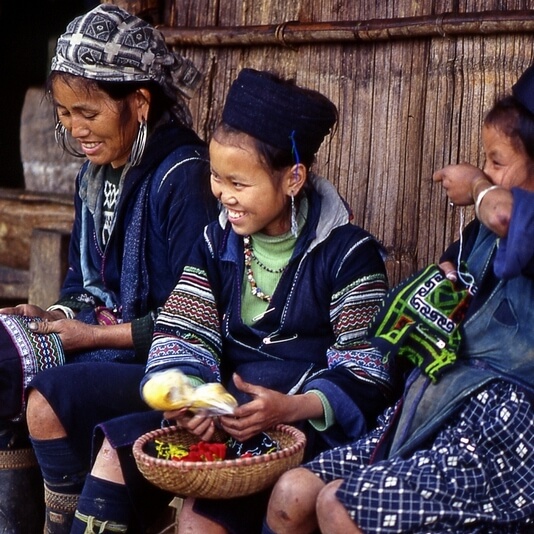 $850
Mountain villages of various ethnic groups, accommodation with host families and enchanting landscapes: During this trip, we take part in the real Vietnamese village day, roam paddy fields and sail through the bizarre island world of Halong Bay - all in the beautiful and beautiful North Vietnam!
14 Days
2+
Vietnam
Top ten 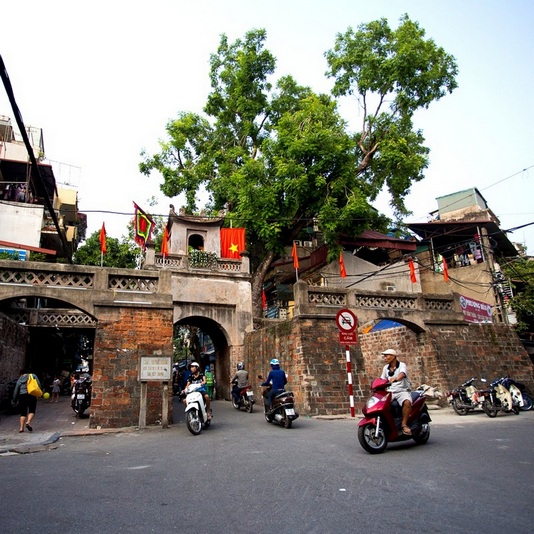