The Cuu Long, the river of the Nine Dragons , which in the West is known as the Mekong , is one of the largest rivers in the world. In the south its waters fertilize and irrigate the land before emptying into the sea.

The Vietnamese name of the Mekong “Cuu Long” , means Nine Dragons, because the river is divided into nine arms that flow into the sea. The vast delta of the Cuu Long ( Mekong River ) is formed by the alluvium deposited by the numerous branches and tributaries.

It is born in the mountains of Tibet , from where it goes down through China , Burma (now Myanmar ), Laos and northern Thailand , before entering Vietnam to pour its waters into the South China Sea.

In this region there is still a considerable percentage of Khmers, Chinese and Cham, as well as Vietnamese. Among them are believers of different religions, including Buddhism, Catholicism, Islamism and the Cao Dai and Hoa Hao sects.

The Mekong River, called Cuu Long Giang or River of the Nine Dragons, is 4,180 kilometers long, one of the longest in Asia.

Over the centuries, the alluvions carried by the Mekong have been deposited in a shallow submarine platform forming an immense alluvial plain – the Mekong delta – which now covers more than 75,000 km.

These alluvial deposits do not accumulate in the natural delta, but rather in the mouth of the Mekong and around the Ca Mau peninsula in southern Vietnam, where they contribute to increase the Vietnamese territory.

The Mekong River Oats more than 810 000 km2 of territory in Southeast Asia. Geographers divide the river into two parts: the Upper Mekong, in China, and the Lower Mekong , which starts at the border between  Burma and Laos and travels 2,400 kilometers before reaching the ocean.

Of the rivers of Asia, only the Jangzi Jiang (Yangtze), in China and the Ganges, in India, have a greater flow.

The management and development of the lower river course is under the auspices of the Committee for Research Coordination of the Lower Mekong Basin, which includes Laos, Cambodia, Thailand and Vietnam.

The Vietcong fought against the former regime of South Vietnam and against the United States, sinking its roots in the opposition of the 1950s to the government of President Ngo Dinh Diem of South Vietnam. The name ” Vietcong ” derives from Viet Nam Cong San (Vietnamese communists), and perhaps the first to use it was Diem as a derogatory term to refer to the rebels.

The opposition against Diem, which at first was a coalition of opponents of the government, later counted on the collaboration of members of the southern elements of the Vietminh, a nationalist group from the north. The Vietcong thus became the armed wing of the National Liberation Front in 1960.

From the 1960s, most of its members were Vietnamese from the south; training and military support was provided by soldiers of the North Vietnamese army.

They acted in small units, since most of the Vietcong’s activity took place in rural areas, with simple tactics of ambush and terrorism. 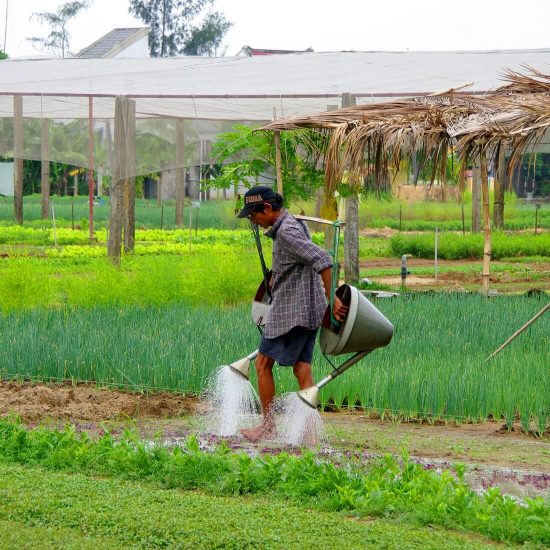 $49
Put on the peasant pyjamas and start learning the garden work while enjoying the beautiful colors of this herb growers' village. Discover some popular recipies and take home.
5 hours
2+
Vietnam
Day Trips

$29
Let’s have a different look into of Vietnam history and culture with a discovery of the Vietnamese distinctive art and craft legacy.
4 hours
2+
Day Trips 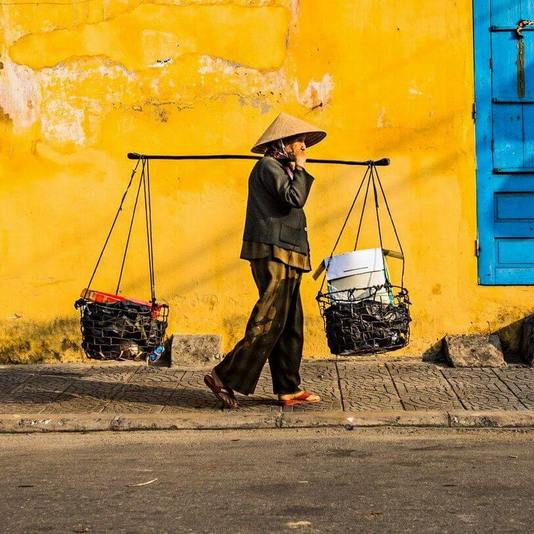